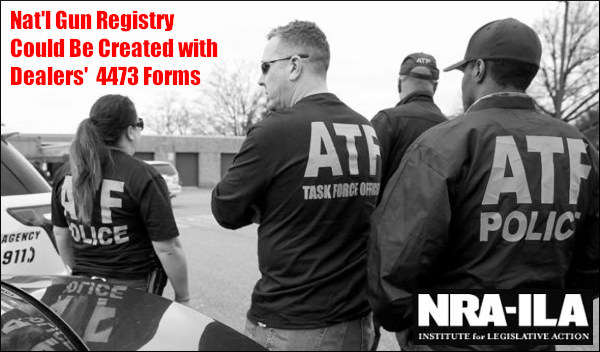 Report by NRA-ILA
In recent weeks, Americans have rightly become concerned over a somewhat obscure ATF recordkeeping regulation that has a profound impact on gun rights. If gun control advocates get their way in changing this federal regulation for the worse, altering how ATF maintains these records… American gun owners would find themselves subject to what amounts to a backdoor gun registry.

The type of electronically searchable database the ATF is seeking to develop would amount to a partial firearm registry. Firearm registries facilitate firearm confiscation.

Federal law requires those who purchase a firearm at a Federal Firearms Licensee (gun dealer or FFL) to fill out a form 4473. This record of the firearm transfer is then stored by the dealer on their premises. This creates a system whereby if a gun is found at a crime scene ATF can trace the firearm to the last retail purchase. However, since the records are stored with each FFL, the system is decentralized in a manner that protects against government abuse of gun owner data.

Gun dealers are required to maintain 4473s for 20 years. When a dealer goes out of business they must send their last 20 years of records to ATF’s National Tracing Center to facilitate firearm traces. Some of ATF’s materials appear to deliberately omit the 20-year requirement, seemingly in the hopes that FFLs will send all of their records to the National Tracing Center, regardless of age.

Under this system, over a million out-of-business dealer records are sent to ATF each month. Records obtained by gun rights advocates show that in 2021 ATF processed a staggering 54.7 million of these records.

ATF proposed rule 2021R-05 would make this record-keeping requirement more burdensome for FFLs and diminish gun owner privacy. Under the proposed rule, FFLs would be required to maintain 4473s indefinitely and relinquish all such data to ATF upon going out of business. NRA-ILA is opposed to this rule change.

The type of electronically searchable database the ATF is seeking to develop would amount to a partial firearm registry. And as all gun rights supporters and gun control advocates know, firearm registries facilitate firearm confiscation. 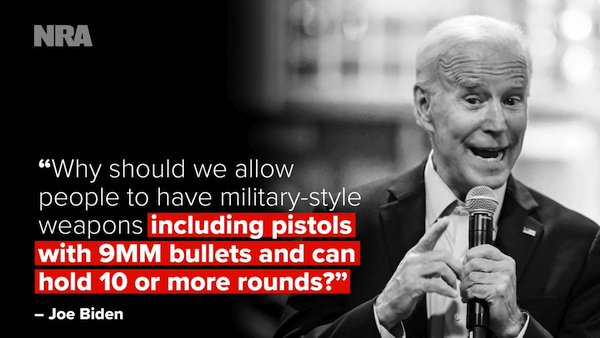 This understanding was at the heart of the debate over the Gun Control Act of 1968 and the development of the current recordkeeping system. In 1985, Sen. James McClure (R-Idaho) explained, “The central compromise of the Gun Control Act of 1968 — the sine qua non for the entry of the Federal Government into any form of firearms regulation was this: Records concerning gun ownership would be maintained by dealers, not by the Federal Government and not by State and local governments.”

The National Tracing Center could take another step towards a firearm registry if anti-gun lawmakers criminalize the private transfer of firearms — sometimes referred to as universal background check legislation. By funneling more firearm transfers through FFLs, lawmakers would create additional opportunities for recordkeeping on firearms and gun owners that could end up in the National Tracing Center database.

Gun owners have every reason to jealously guard information pertaining to firearm transfers. NRA-ILA will continue to work to help ensure gun owner privacy and to keep gun owners apprised of the ongoing attempts to cobble together a backdoor firearm registry.

Suspect A Rogue Juror, #54, Foreperson, Is Holding Back Acquittal – Law of Self Defense

Brownells Has Many Powders in Stock at Good Prices « Daily Bulletin