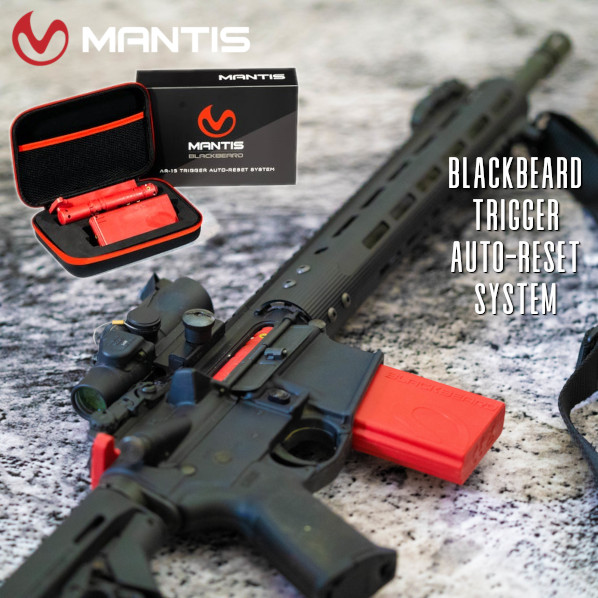 Do you use an AR15 for service rifle, 3-Gun, or tactical competitions? Then you should consider dry-fire training. Many top competitors spend an hour (or more) dry-firing for every minute they shoot live cartridges in competition. The allows effective training without spending a fortune on live ammunition (which can run $1.00 per round or more).

There is a handy new system that resets the trigger on AR-platform rifles — the Mantis Blackbeard (see videos below). This permits you to make multiple successive shots without having to alter your grip and manually recycle the charging handle. This two-part system employs a replacement bolt carrier/bolt and replacement magazine. With these two components installed, your AR can automatically reset the trigger instantly after you pull the trigger. It works, it’s effective, and it’s affordable at $219.00 MSRP.

The Blackbeard system is used by the U.S. Marine Corps and U.S. Army (including Special Forces), so you know it works. During training the Mantis Blackbeard allows unlimited, repetitive Dry Firing without resetting the charging handle. That eliminates a tedious task that requires altering your hold on the rifle.

In the video below Top Shot Champion Dustin Ellermann shows how to use the Mantis Blackbeard. He vividly demonstrates the clear advantage of the Blackbeard compared to manually pulling the charging handle over and over (See 00:02 – 00:20 time). 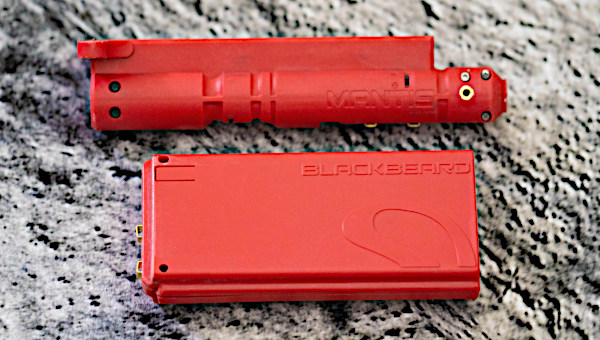 This next video, from the manufacturer Mantis, shows how to install the Mantis Blackbeard, how to set the zero, and how to operate the unit with your AR-platform rifle.

The easy-to-install-Mantis Blackbeard replaces your bolt carrier and magazine in less than a minute, allowing easy training transitions. The magazine battery pack is good for 100,000 shots per charge and the Blackbeard is rated to reset as quickly as 10 shots per second, allowing rapid fire training for 3-Gun and tactical competitions.