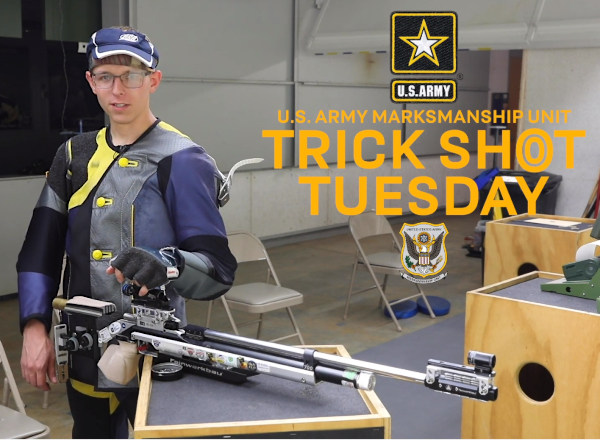 Now here is an example of truly impressive marksmanship skills and amazing aiming from a USAMU soldier. From a standing position, SPC Ivan Roe shoots a tiny aspirin pill off the top of a balloon — without breaking the balloon. In fact, he does this twice … with iron sights no less. 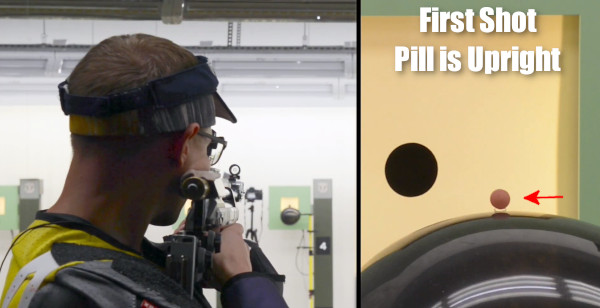 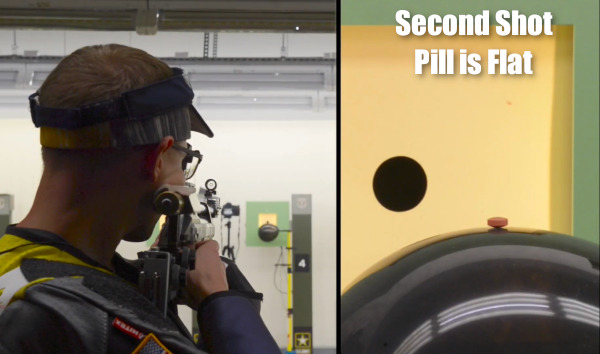 The first time the pill sits on a small piece of tape just millimeters above the upper edge of the balloon (Time mark 00:40-45). But the second time, the aspirin pill lies flat on the top on the balloon — an even tougher challenge. Watch Ivan nail that flat pill again without hitting the balloon at 00:59. No that is truly impressive — and remember it was done from standing with Iron sights!

Did you like this demonstration of Trick-Shot marksmanship? Then visit the USAMU’s Facebook Page. The USAMU often releases shooting skills/marksmanship videos on Facebook and YouTube, with the Trickshot examples featured on Tuesday. CLICK HERE for another USAMU trick-shot video — hitting a poker chip on a fast-moving target frame with a pistol. Very impressive.